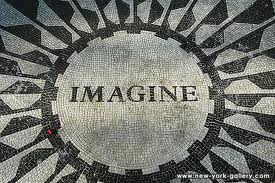 Activist: ‘A person who is passionate about what they believe in and helps educate other people about the subject at hand. Someone who advocates or opposes a cause or issue vigorously.’

The year I started high school, the public schools enacted a new requirement. Mandatory community service. In order to graduate, everyone had to do 60 hours of volunteer work over the 4 years. It was quite controversial and divided the community. The main argument was that you can’t force someone to volunteer. That it was not only unconstitutional to make someone ‘believe in the value of altruism,’ but that it was also a form of involuntary servitude.

The school board eventually upheld the community service program but I was mostly struck by this reaction to service. Why was it offensive to suggest that service be mandatory? Surely we could all agree that as citizens, it is our responsibility to contribute. That it is our duty to return something of ourselves into the community that nurtured us.

The subject of volunteering came up at a dinner party recently and I was surprised at where the discussion forged. While several people were involved in some sort of service, an equal number weren’t, citing reasons ranging from the expected, ever popular ‘not having the time’ to the startling ‘I wouldn’t make enough of an impact anyway. Why bother?’

Have we really become that disheartened and cynical?

I flashed back to the debate the community had in high school about service. And I couldn’t help but believe that if service was championed and taught with equal value to other required curriculum, this wouldn’t be as much of an issue. Some might not like it, but who loved every class or activity in school? We were forced to take them in the interest of education. So, what then, were we teaching about service? Shouldn’t the value of service be ingrained as an integral part of our life? Starting young would allow us to  inherently feel the difference every gesture made. Experience that no act was too small.

Service is a form of activism. And somehow we have become an ego driven society that applauds personal achievements and narcissistic behavior but doesn’t seem to highlight service. In fact, ‘activism’ itself is treated as a special job. It is a distinct, lofty brand of service that we all admire but don’t seem to nurture and recognize enough in our own everyday lives.

Is there just a growing, alarming apathy at large birthed from dismay and hopelessness? Have we really abandoned how simple service can be? It doesn’t have to be grand or through an organization or even involve lots of time or money.

And in these difficult times, isn’t it more important than ever to take care of each other? To do whatever little we can to make the day easier?

I see it everyday and feel it in the very frustration that stems from feeling overwhelmed. It can be daunting when you think of everything that is wrong in the world. But we can start with us. With a random act of kindness. We are what’s right in the world. We are all activists. That thought, that instinct we have in the moment to say something, do something– we can’t let it pass. Our platform is our everyday.

We don’t want to do nothing because we can’t do everything.

‘There is something in every one of you that waits and listens for the sound of the genuine in yourself. It is the only true guide you will ever have. And if you cannot hear it, you will all of your life spend your days on the ends of strings that somebody else pulls.’ (H. Thurman)

How remarkable would it be to live in a world where the term ‘activist’ was conventional? Where there was an accepted resolve to implore advocacy? Instead of service being ancillary, it becomes so habitual that the bar at which someone is lauded is much higher. Contribution was taught at an early age so we would all commit to it being an expected, fundamental human quality.

We would be instilled with thanks and gratitude vs. feeling entitled to our freedoms.