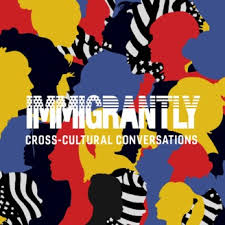 “Sheetal Sheth has the kind of career that is so wide ranging that no matter what your interests are, you have probably heard of a project that she’s been a part of. If you are a lover of indie movies, maybe you’ve seen her in the critically acclaimed films like ABCD and American Chai, or you may know her from the cult classic, The World Unseen. Perhaps you recognize her voice from her work in Life of Pi and Family Guy. But what you may not know about her is that she is extremely political. Sheetal has always been vocal about her dedication to activism, which was not always an easy thing to do. She came on to the entertainment scene in the late 90s, a time where film casts were predominantly white. People of color were often placed in stereotypical roles. A time where people like Harvey Weinstein ran the industry. Regardless, Sheetal has continued to champion for progressive causes throughout her career by finding ways to empower marginalized communities through various modes. Her latest and most different venture has been writing the children’s book, Always Anjali, to normalize and uplift those who have non-Western names. She is candid, pioneering and ever so real. Let’s welcome Sheetal I am your host Saadia Khan and you are listening to Immigrantly.”

Listen to the conversation here.