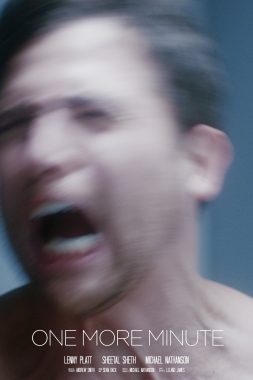 One More Minute is streaming now at onemoreminutefilm.com

One More Minute is a psychological science fiction horror film that examines the internal fragile emotional state of male identity in society as it conflicts with ideals of family and home.

Shot over three weekend days with no budget and only favors, the creative team was focused on generating a short film that could be done cheaply, efficiently, and with maximum emotional impact. Filmed at director Leland James’ home and office as well as in an abandoned stretch of field in Howard Beach, One More Minute uses location to maximize intimacy and isolation.