Buy the Book! A BB 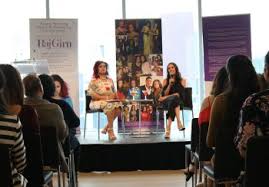 I had an incredible chat this week with a woman I sincerely admire for all the right reasons, Sheetal Sheth, who is a pioneering, award-winning actress of the South Asian American films genre, as well as almost 2 decades in mainstream films and tv. She is also a staunch advocate for causes that she believes in, which makes her even more interesting and layered than the run of the mill (nothing average about this woman) 🙌🏽

This being #BreastCancer awareness month & #MentalHealth awareness month, got me thinking that I couldnt think of anyone I would rather chat with about both than my girl #SheetalSheth after she came out publicly talking about her breast cancer journey earlier this year, and my deep interest in wanting to know how this has affected her state of mind, outlook on life, and her relationships with her loved ones and them with her ❤️

Sheetal is candid, insightful, boldly honest, and inspiring in this IMPORTANT conversation that we shared, aired on my radio show #OpenChestWithRajGirn on Dash Radios Rukus Avenue Radio station.

Spoiler alert: I shared with Sheetal a never before spoken about way in which her early film work helped me during a very dark and confusing time in my own life. 🙏🏽

Also have a look at ANOKHIs This Is My Glamour event in 2018. It is here in front of a live audience of over 300 people that we chatted about how, as one of the first South Asian Americans in Hollywood, she faced some unexpected challenges, one of which became the central focus of the book.