The award winning AMERICAN CHAI in select US theaters now!

Check out an article in the February 28 Newsday about the upcoming South Asian movement quoting Sheetal.

Sheetal was a presenter at the ACE Awards at the Beverly Hills Hilton…she awarded the “Eddie” to Paul Seydor for “The Day Reagan was Shot.”

Sheetal was a panelist in “THE FINDING ROLE MODELS” conference, dedicated to connecting South Asian college students to role models in alternative professions. The conference was held at Cal State… 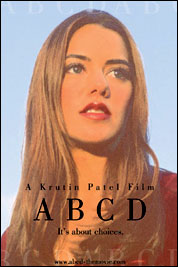 Congratulations to ABCD for the North American theatrical release.