Host Diana Dawn interviewed Sheetal on her radio show, ‘Some Like It Hot.’ Give a listen! View as PDF 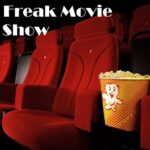 Did you catch Sheetal’s interview with Leo, “The FILM FREAK,” Quinones? She was on LA’s premiere talk radio station, FM 97.1 KLSX dishing about love, life, and film with Leo…