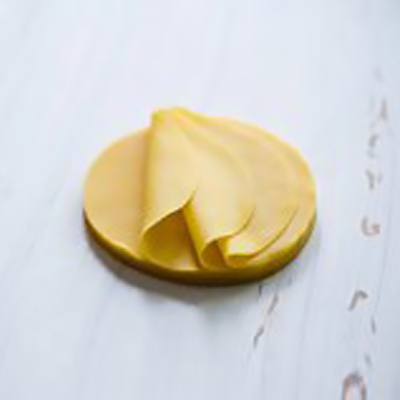 Sheetal blogs about her thoughts and experiences on body image for THICK DUMPLING SKIN. ‘You’re too skinny.’ I heard that all my life growing up. And I hated it.
There is an equal struggle within the community of ‘skinny’ that isn’t really talked about. Some people genuinely have a hard time gaining weight. It’s real.I imagine that some folks reading this aren’t going to relate to my struggle with body because generally if you are thin, no one cares. No one wants to hear a thin person discuss weight issues as it is often interrupted with statements such as, ‘I wish I had your problems. You have no idea what it’s like.’ I can appreciate that but the truth is, you never know what’s going on in a person’s head. It was annoying to be constantly reminded that you weren’t appealing enough because you were too skinny. There was an inordinate amount of food constantly forced upon me. And I was made fun of. Trust me, there is an abundance of ways to torment skinny people.Then I moved to Hollywood. And suddenly, I wasn’t too skinny anymore – I wasn’t skinny enough. I discovered a very special slice of the absurd. There were women that were far thinner than me and it was not only the norm, but also what was aspired to. I was in a new world with new rules that could clinch a job. I couldn’t believe what I was hearing.

‘You should lose 10 pounds. Then you would be TV thin.’

‘You’re not going to eat that are you? I need you to fit into wardrobe later.’

‘You sure you want to eat today? You are going to be doing a love scene later.’

‘You should get breast implants.’

‘Ever thought about a nose job?

‘You just ate a whole pizza. You’re going to throw that up right?’

‘You really have to work on your legs.’

‘You have a big ass for a skinny girl.’

‘Your body has so much potential.’

‘Which diet will you be on for the shoot?’

I was baffled. People would stare at me when I ate bread, took 2nds, and indulged in dessert. They couldn’t believe I wasn’t on some cleanse or diet fad.

And I didn’t care.

There is incessant distortion everywhere. You just get to a point where you drown out the noise. Right or wrong, my family and people in L.A. were just projecting what made sense to them from their cultural viewpoint. I will probably always be too skinny for my family. And will probably never be skinny enough for Hollywood. But I’m me. The healthiest me I can be.

Does it get to me at times? Yes. Is it frustrating? Absolutely. I have had my moments. There are bad days and good days. I have my hang-ups. I know my body is ‘unproportioned.’ But I have accepted it. Just like I have to grasp a new grind as my body changes now that I am getting older.

If I had swallowed the inane, I could’ve developed any of a number of serious issues. Unfortunately, eating disorders are rampant and heartbreaking. I feel lucky I was able to separate fact from fiction. Ironically, I think if I hadn’t had my Indian nurture, it could’ve turned downright dangerous. Instead, I found balance. Refreshing peace.

You can surround yourself with the best people and have a very supportive family and still fall prey. I’ve seen a spectrum of experiences. I am grateful to have good people in my life but I think it’s less about who is around us and more about what’s in our head. The relationship we have with ourself is the most important and vital.

There will always be someone with something to say or judge or compliment or criticize. And none of it should matter. The good or the bad.

You need to get right with you. And then, even if the worst is flung at you, it won’t matter. ‘It ain’t what they call you, it’s what you answer to.’ (W.C. Fields)

Sheetal Sheth burst onto the scene with raves in her debut, playing the lead in the groundbreaking film “ABCD.” Since then, she’s starred in over 17 feature films and numerous TV shows and has earned a loyal following. Perhaps best known to mainstream film audiences for starring opposite Albert Brooks in LOOKING FOR COMEDY IN THE MUSLIM WORLD, Sheetal has become a favorite in the indie film world, known for her provocative performances in a wide range of memorable roles.  She won 3 Best Actress nods in the festival circuit for THE WORLD UNSEEN and 1 for WINGS OF HOPE, with the former going on to win 11 SAFTA’s (South African equiv. to the Oscars). Her latest TV stints include NCIS: LA, ROYAL PAINS, and NIP/TUCK. Sheetal has represented such brands as Reebok and CHI haircare. She was also the first Indian American to appear in Maxim. She takes an active interest in politics, served in AmeriCorps, participates in BBBS, and promotes organizations such as Women’s Voices Now.  Follow her on Twitter or Facebook.